Reflexologists use a series of pressure techniques to stimulate specific reflex areas on the feet and hands with the intention of invoking a beneficial response in other parts of the body. The mirror image of the body in the feet and hands helps reflexologists and self-help practitioner alike easily target the correct part of foot or hand on which to work.
Pressure sensors in the feet communicate instantly with the brain, internal organs and other parts of the body because of ancient survival needs. In extreme danger, when a reaction of fight or flight is necessary, the feet must be prepared to participate in defending or fleeing. They do this by processing environmental information gathered through pressure sensors in the soles, which helps the body determine optimal fuel and oxygen levels. The need to run, for example requires more oxygen than walking; feet ready to flee need different levels of fuel and oxygen than feet preparing to fight. So pressure signals from the soles tell the brain whether the body is standing, sitting or lying down, which helps it ascertain whether blood-sugar, oxygen, muscle-contraction and relaxation needs are currently being met. Consider what takes place during jogging. Pressure to the feet tells the brain that the jogger is running. The body adjusts its organs to provide adequate energy. Over time, a jogger’s body becomes conditioned to work better. Reflexology is weightless jogging, exercising similiar pressure receptors without the demands of standing and weight-bearing. For example,  a single nerve travels from the centre of the big toe to the part of the brain responsible for controlling movement, respiration and cardiac acceleration. So pressure applied to the centre of the big toe, the pituitary gland reflex area, triggers revival response.

Zone theory established that the body can be divided into ten longitudinal zones running from the top of the head to the toes, and that all parts of a zone are connected. Tension in one part of the zone every part. By working any point of the zones, the hands and feet can release the tension and restore equilibrium to the entire zone and so to the body. Three literal lines are used by reflexologists to dissect the body, at the shoulders, diaphragm and waist, and in the same proportion on the soles of the feet or palms of the hands. These help pinpoint more precisely which part of the foot or hand to target with reflexology: the big toe or thumb corresponding to the head, the pelvis surrounding the heels and so on. The foot or hand thus becomes a three-dimensional map of the body.

Imagine stepping on a nail. In response to the the challenge to the sole of the foot, a reflexive action occurs throughout the body – muscular action withdraws the foot from the nail the the body experiences adrenaline surge as well as changes in balance and internal organ function. Reflexology works on the same principle- it all happens reflexively throughout the nervous system.
Dicatat oleh SHA3622 di 10:29 PTG 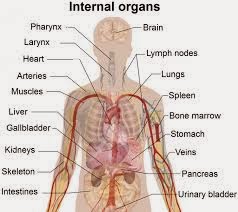